The Essay as Form (t.w. adorno) 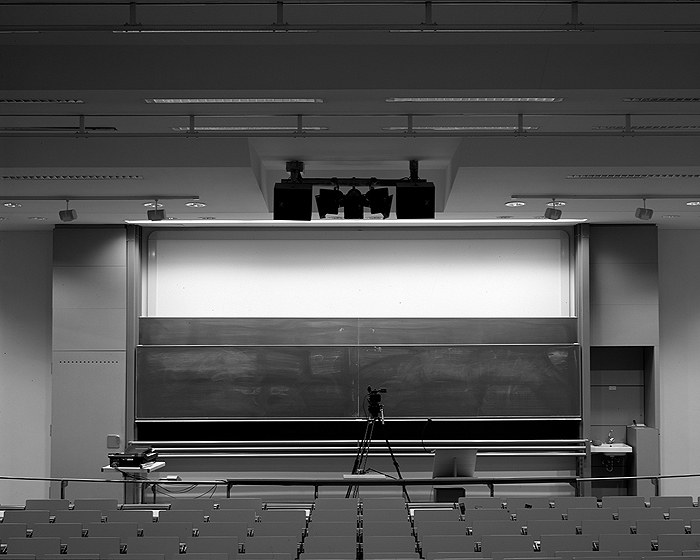 That in Germany the essay is condemned as a hybrid, that the form has no compelling tradition, that its emphatic demands are met only intermittently – all this has been said, and censured, often enough. “The essay form has not yet, today, traveled the road to independence which its sister, poetry, covered long ago; the road of development from a primitive, undifferentiated unity with science, ethics, and art.” [Lukács, Soul & Form] But neither discomfort from this situation nor discomfort with the mentality that reacts to it by fencing off art as a preserve for irrationality, equating knowledge with organised science, and excluding anything that does not fit that antithesis as impure, has changed anything in the prejudice customary here in Germany. Even today, to praise someone as an écrivain is enough to keep him out of academia. Despite the telling insights that Simmel and the young Lukács, Kassner and Benjamin entrusted to the essay as speculation on specific, culturally pre-formed objects, the academic guild accepts as philosophy only what is clothed in the dignity of the universal and the enduring – and today perhaps the originary. It gets involved with particular cultural artifacts only to the extent to which they can be used to exemplify universal categories, and to the extent to which the particular becomes transparent when seen in terms of them.

The stubbornness with which this schema survives would be as puzzling as the emotions attached to it if it were not fed by motives stronger than the painful memory of the lack of cultivation in a culture in which the homme de lettres is practically unknown. In Germany the essay arouses resistance because it invokes intellectual freedom. Since the failure of an Enlightenment that has been lukewarm since Leibniz, even under present-day conditions of formal freedom, that intellectual freedom has never quite developed but has always been ready to proclaim its subordination to external authorities as its real concern.

The essay, however, does not let its domain be prescribed for it. Instead of accomplishing something scientifically or creating something artistically, its efforts reflect the leisure of a childlike person who has no qualms about taking his inspiration from what others have done before him. The essay reflects what is loved and hated instead of presenting the mind as creation ex nihilo on the model of an unrestrained work ethic. Luck and play are essential to it. It starts not with Adam and Eve but with what it wants to talk about; it says what occurs to it in that context and stops when it feels finished rather than when there is nothing to say. Hence it is classified as a trivial endeavor. Its concepts are not derived from a first principle, nor do they fill out to become ultimate principles. Its interpretations are not philologically definitive and conscientious; in principle they are over-interpretations – according to the mechanized verdict of the vigilant intellect that hires out to stupidity as a watchdog against the mind. Out of fear of negativity, the subject’s efforts to penetrate what hides behind the façade under the name of objectivity are branded as irrelevant.

It’s much simpler than that, we are told. The person who interprets instead of accepting what is given and classifying it is marked with the yellow star of one who squanders his intelligence in impotent speculation, reading in things where there is nothing to interpret. A man with his feet on the ground or a man with his head in the clouds – those are the alternatives. But letting oneself be terrorized by the prohibition against saying more than was meant right then and there means complying with the false conceptions that people harbor concerning themselves. Interpretation then becomes nothing but removing an outer shell to find what the author wanted to say, or possibly the individual psychological impulses to which the phenomenon points. But since it is scarcely possible to determine what someone may have thought or felt at any particular point, nothing essential is to be gained through such insights. The author’s impulses are extinguished in the objective substance they seize hold of. In order to be disclosed, however, the objective wealth of meanings encapsulated in every intellectual phenomenon demands of the recipient the same spontaneity of subjective fantasy that is castigated in the name of objective discipline. Nothing can be interpreted out of something that is not interpreted into it at the same time. The criteria for such interpretation are its compatibility with the text and with itself, and its power to give voice to the elements of the object in conjunction with one another. In this, the essay has something like an aesthetic autonomy that is easily accused of being simply derived from art, although it is distinguished from art by its medium, concepts, and by its claim to a truth devoid of aesthetic semblance.

Lukács failed to recognise this when he called the essay an art form in the letter to Leo Popper that introduces Soul and Form.

But the positivist maxim according to which what is written about art may in no way claim to artistic presentation, that is, autonomy of form, is no better. Here as elsewhere, the general positivist tendency to set every possible object, as an object of research, in stark opposition to the subject, does not go beyond the mere separation of form and content – for one can hardly speak of aesthetic matters unaesthetically, devoid of resemblance to the subject matter, without falling into philistinism and losing touch with the object a priori. In positivist practice, the content, once fixed in the model of the protocol sentence, is supposed to be neutral with respect to its presentation, which is supposed to be conventional and not determined by the subject. To the instinct of scientific purism, every expressive impulse in the presentation jeopardizes an objectivity that supposedly leaps forth when the subject has been removed. It thereby jeopardizes the authenticity of the object, which is all the better established the less it relies on support from the form, despite the fact that the criterion of form is whether it delivers the object pure and without admixture. In its allergy to forms as mere accidental attributes, the spirit of science and scholarship [Wissenschaft] comes to resemble that of rigid dogmatism. Positivism’s irresponsibly sloppy language fancies that it documents responsibility in its object, and reflection on intellectual matters becomes the privilege of the mindless.